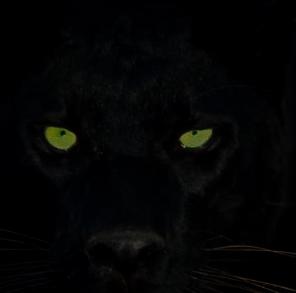 The warm sun’s rays shone through the living room window panes, kissing Luz’s cheeks with the novelty of a newfound lover. She smiled at its comforting, life-giving caress behind her shut eyelids, and yawned and stretched for a few moments careful not to wake anyone from their slumber. It was an easy Sunday morning. She couldn’t recall the last one she’d had. It was always rush, rush, rush, work, work, work with her, but today she was taking it slow. She owed it to herself. No one else mattered today.

Luz stretched one more time, yawning several more before she opened her eyes to the world. Sho, Ken’s Cavalier King Charles Spaniel, had taken advantage of her once again and had buried himself between her legs. The poor thing had suffered from Syringomyelia which gave him seizures and caused great discomfort, but he lay still upon her lap at peace under her petting palm.

Ken lay curled up on the other end of the couch. He slept with his left arm cradling his head, his muscular arms framing it like a model in pose. She hadn’t seen him like this in a while. A white tee shirt and jeans, nothing more needed for a girl to get excited, but she wouldn’t bother him. He needed his rest today. There were plenty of football games to be played—fantasy, and the real ones, too. No, today she’d let him rest. She wouldn’t nag him like she always did. He hated that. Plus, today was her day anyways, though she didn’t have the slightest idea of how she’d spend it. Maybe a mani-pedi? Luz closed her eyes momentarily and smiled at the thought. Oh, and chocolate, there would be plenty of that—Ghirardelli, for sure!

Luz moved the stiff Sho from her lap and rose quietly so as not to disturb the serenity of the scene. Coffee! Ken would love some. She’d didn’t care for it, but she’d grown accustomed since she and Ken had been together. He was a drinker. She tiptoed to the kitchen and brewed some anyway, out of habit, and began to cook the eggs—over-easy, always over-easy. She always seemed to manage to mess them up even though they had been together for a year, next July 14th. Three months hardly seemed enough time to plan the anniversary. She rattled about in the kitchen for a moment, quickly peeking out to see if she’d disturbed anyone. No, thankfully everyone was still asleep. Good. She liked making Sunday breakfast. Ken liked a hearty meal before church. Sho always had to be fed and walked as well, but she was sure that they wouldn’t mind if she snuck out today.

Luz stepped back from the kitchen table after an hour, hands on her hips. She had outdone herself today. “Eat your heart out, Martha Stewart!” Luz giggled and covered her mouth, almost ruining the surprise. Mani-pedi for sure! She had earned it. She untied her apron quickly and pulled it off with a snap. She hung it back on its hanger carefully, like so. Yup, just like that—she had to make sure.

Ken and Sho hadn’t budged from their comfy spots on the couch, though she could’ve sworn that the darned dog had buried itself deeper into the couch. Luz smirked and shook her head. What she put up with! Well, today wasn’t the day to question it. She had places to go, and well, maybe she’d see people, too.

She hurried silently down the hall to the bedroom and got changed. She’d wear her Sunday finest today; a midi-skirt, lace top, and a pushup bra and thong she’d kept from Ken. Well, it was going to be a surprise. Pumps? Sure. She smirked widely now. She was bold today. The sun gleamed through the bedroom windows against her bare, fare skin and she reveled in it. Satori, rubbed herself against her calves, startling Luz for a moment. Luz picked up the stray cat that she’d let in the house the night before. She purred to her and she purred back. Her sable fur tickled softly against Luz’s cheeks. “Shush. I’ll be back. Don’t worry,” Luz whispered as she put the mangy stray back into the closet where she’d kept her for the night.

Ken hated cats, but maybe he’d let her keep her. Sho marched in lockstep with his master, so he didn’t care much for them either.

Luz powdered up before she gathered her things. No sense in getting her hands and feet in order if the rest of her looked like Hell. She snuck back down the hall and gave a last look into the living room where man and his best friend lay. She blew them a quick kiss and walked out of the door.

It wasn’t until she reached the mall that someone noticed that Luz was covered in blood: Ken’s, Sho’s, and hers. The police would find two victims on the couch and the third in the bathroom.